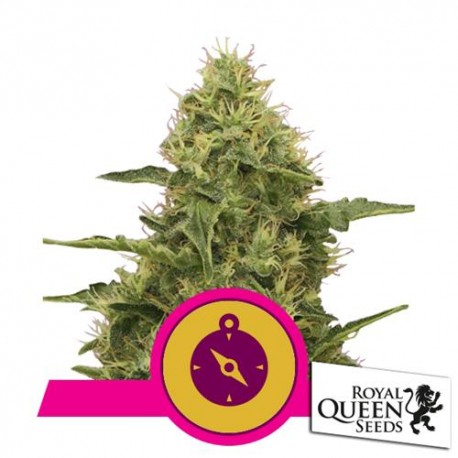 When it comes to strains that have made their mark on today's cannabis genetics, few names are often mentioned as Northern Lights. The exact composition of the Northern Lights legacy is believed to come from the American West Coast, originally consisting of eleven different seeds

No reward points for this product.

According to legend, Northern Lights was an Indica-only plant from Afghanistan, although some of the eleven original plants probably contained Thai genetics. Today we bring you our feminized Northern Lights, which is still an Indica-dominant hybrid, but contains a lot of Sativa in the structure of the leaves. Our feminized Northern Lights reaches 1.2m indoors and over 2m outdoors. It produces relatively large internode spacing, with long, slender leaves, thus showing its sativa origins. At the moment of flowering, the Afghan heritage becomes apparent, with a homogeneous formation of dense and resin-coated nuggets; however, it produces a single large main cola. Average yield is 40-50g per plant, or around 550g per square meter with 600W light. Growing outdoors, she can produce up to 625g per plant, but needs the warm climate typical of southern Spain, California or northern Africa. When placed in full light and fed and watered sufficiently, Northern Lights will grow into a full-fledged tree with excellent yields. Flowering is complete at 8 weeks, although some growers report harvesting after only 7 weeks. During the flowering process, all buds form with a light, resin-coated surface, which almost begins to glow towards the end. Northern Lights offers one of those great smokes that guarantees a couch-lock session for at least a few minutes. The Afghan heritage is truly felt in the smoke, and anyone looking for that intense stone shoul